While looking for information around onesies, I came across a change.org petition which was basically pleading people to stop wearing onesies since they were tired of adults dressing up toddlers. Another article seemed to support those claims by stating that we as a society are regressing towards childhood again where we want to be babied and protected again. So do those opinions hold weight? Let’s see:

Let me tell you someting about onesies

Onesies were originally marketed as a warm sleeping suit for adults and for sure that marketing idea worked as the temperatures fell during winters. But after that many designers tried to come up with new and innovative ways to design onesies, where most of them end up as butt hugging leather pieces.

So in spite of an attempt to infuse this style into high fashion society, people have chosen a completely different path regarding onesies and their take is changing up the fashion world. How? Well, read on:

The benefits of onesies

Comfortable: These onesies are cotton made and have a zipper from the crotch to the neck. So it feels like you are being hugged from all sides, it’s like a blanket- the feeling it evokes is warm and comforting.

Unisex: In here onesies are unisex and it is moving society towards a more neutral path where everyone dresses the same and thus there is no gender divide, at least in the clothing area. The additional fact that it comes in one standard size may put off some but it also shows that there is no differentiation done when making it as the maker will not know if it will be worn by a male or a female so he or she will not make subconscious gender biases.

Colourful: One may think that onesies are childish and so their design would also predictably be childish. While there are animal print onesies for adults as well but along with that,there are also Avant-garde designs. So there is something for everyone in a onesie.

Affordable: Onesies are basically one singular piece of cloth and as expected they do come in cheaper than other clothing items. But that doesn’t mean that customized and stylized onesies aren’t there to cater to the demand of people wanting to wear and flaunt this at parties and other occasions. 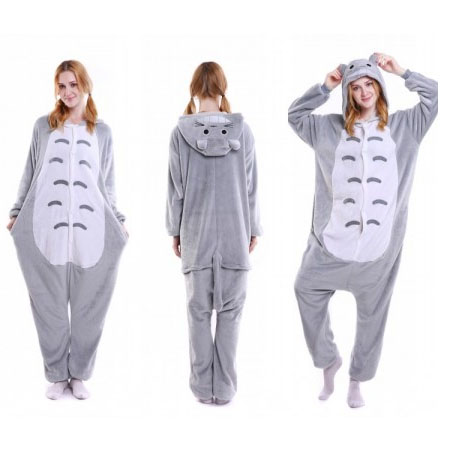 It is a one-stopsolution: It acts as both pants and top so you will never have to spend time searching for one or the other- it’s all bundled up in one. Or if you want to let in some breeze then you just have to unzip your zipper halfway through to let the air in.

So, onesies are for sure making adults more laid back and seems more childish. But no one would trade soft, huggable comfort for uncomfortable clothes especially if you can pair a onesie with a cool sunglass and then you can be all ready for a night out. As a result, the recent fashion world is surely changing but changing towards a more inclusive one where instead of alienating everyone with the concept of elitist high fashion, where people have embraced a style which is the epitome of comfort.